Is Netflix Streaming Its Way Towards Disaster? 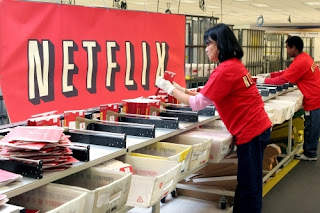