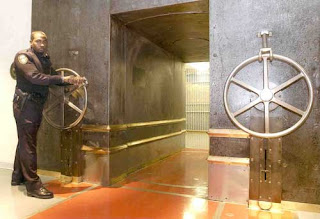 The idea that Goldman Sachs, Citibank and other big banks duped Fed officials by getting them to buy their distressed pools of debt (CDOs) at 100 cent on the dollar has become a relentless part of the conversation about the financial crises of 2008. To be sure, the NY Federal Reserve Bank used a vehicle called “Maiden Lane III” to acquire billions of dollars of CDOs that had been insured by AIG through credit default swaps from 16 banks and cancel the AIG’s contractual responsibility for this insurance. By doing so, the 16 banks got these plunging CDOs off their books and AIG got rid of an albatross around its neck. But had the Fed made a deal with the devil? “Taxpayers not only ended up honoring foolish promises made by other people, they ended up doing so at 100 cents on the dollar,” the Nobel Laureate Paul Klugman wrote of the deal in the New York Times, “By making what was in effect a multibillion-dollar gift to Wall Street, policy makers undermined their own credibility — and put the broader economy at risk.” Eliot Spitzer, the former governor of New York, was even more severe, terming the payments to the banks a “real disgrace.” And when the Congressionally-appointed Financial Crisis Inquiry Commission held public hearings in July 2010, Brooksley Born, a Commission member, not only expressed bitter indignation that Goldman Sachs was "100 percent recompensed on that deal,” but said that “ the only people who were out money were the American public."

Such charges neglected three pertinent facts. First, the Fed did not pay “100 cents on the dollar.” It paid $29.1 billion for CDOs with a face value of $62.1 billion, which is about 48 cents on the dollar. Second, the Fed did not lose money on the CDOs. It bought these securities very close to their nadir in November 2008, and they went up in value in the bond rally in 2009 and 2010. Actually, as of September 8 2010, the Fed has a $7.9 billion profit on them– at least on paper. Third, these CDOs have continued repaying large amounts of principal and interest. As of September 8 2010, they had paid off $9.3 billion of the Fed’s $24.3 billion loan. At this rate, the remaining loan will be repaid in less than 4 years. Meanwhile, The Fed gets interest of one percent above London Interbank rate on the loan.

But the outrage over this deal is not about the damage it caused the Fed, or even the American tax payers, it is about the lack of damage it caused the 16 banks that had insured their CDOs. These 16 banks wound up getting back roughly all the insured amount they had invested in these CDOs. What happened was that when the CDOs began plunging in July 2007, and their ratings were downgraded, AIG, which had issued their credit default swaps, had a contractual obligation to send them “collateral payments” equivalent to the drop in the CDO’s market value. By November 2008, though AIG teetered on bankruptcy from making these payments, the 16 banks’ actual exposure on the CDOs was only their depressed market value. Consequently, when the Fed bought back the CDOs at their market value, the banks got back what remained of their insured investment. Not unlike Macaulay’s observation that the Puritans objected to the sport of bear-baiting not because of the pain it gave the bear but because of the pleasure it gave spectators, the critics’ complaint is that the banks, and especially Goldman Sachs, did not suffer enough pain in this Fed bail-out. They correctly pointed out that the US government had tremendous leverage over those banks that had received TARP funds and could have used it to force them to accept less than market value, or, a “haircut”in the parlance of Wall Street. Such a “haircut” would not only have allow the Fed to make even more money than it did on the appreciation of the CDOs, it would have benefitted AIG (now 78 percent owned by the US government), which was the Fed’s junior partner in the profits of Maiden Lane III.

Such an accommodation would required the agreement of all 16 banks, raising a problem. 12 of the 16 banks were foreign-owned and held approximately two-thirds of the AIG-insured CDOS. These banks had little incentive to accept anything below the market price for their CDOs because their AIG insurance would cover any further losses. Moreover, the single largest holder of AIG-insured CDOS, the French bank Societe Generale SA, informed the Fed that its regulators in France would not permit it to sell the CDOs below their market value and it was illegal for it to accept a “haircut” so long as the insurer, AIG, was still solvent. This position, which other European banks would also take, ruled out a voluntary “hair cut.”.

There still was the nuclear option: letting AIG go bankrupt. But such a move would open up Pandora’s box. It was not that AIG, with a trillion dollars in assets was too big to fail, it was that it was too interwoven into the skein of the global financial system. To begin with, its subsidiaries operating in 130 countries insured a large part of the commerce flowing between China, America, and Europe, and the seizure of them by state and government regulatory authorities could paralyze world trade. It could also could also cause a panic among those it insured. In the US alone, it insured 30 million people. It also held billions of state and local funds in its guaranteed investment programs that would be frozen. An AIG bankruptcy could cause an even greater financial crisis abroad since European banks depended on AIG, through its French subsidiary Banque AIG, to provide the “regulatory capital” that they needed to meet government-mandated capital-to-debt ratios. AIG did this feat through complex derivative swaps and . A bankruptcy, or even change of ownership in Banque AIG, would require major European banks to call in hundreds of billions of dollars in loans. Rather than risk financial Armageddon, the US government decided to save AIG. So the Fed could hardly threaten, or put, AIG into bankruptcy to pressure the banks to take a haircut.

So Goldman Sachs, Societe Generale, Citibank, JP Morgan Chase and the other counter parties won their huge bet on CDOs. This bet was not merely on the securities, or even on that the insurer AIG, but that, even if AIG’s obligations to pay exceeded their means, the US government would not allow AIG to fail. That assessment got correct. But the Fed which financed the purchase of the CDOs from the banks also not lose. That is because the market price it paid at the depths of the crises– 48 cents on the dollar– turned out to be much less than their actual value. So the Fed now stands to make a multi-billion dollar profit. AIG of course lost heavily, with the US Treasury getting 79.8 percent of the company, but that is the consequences of making a bad bet: that CDOs would not be downgraded and plunge in value. Whether or not the treasury recoups its investment in AIG is still an opened question, but, by saving AIG, it prevented the collapse of the international financial system. So where is the scandal?