Why Russia Spies On America 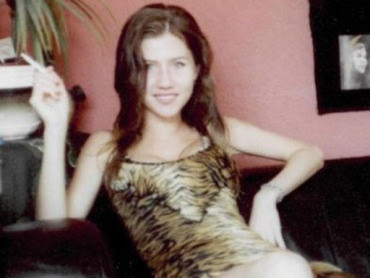 Anna Chapman (nee Anna Kushchenko) was a comely Russian agent living on Exchange Place in Manhattan and masquerading as a Wall Street real estate agent. In spytalk, she was an "illegal" because, unlike an agent working under diplomat cover, she had no immunity from arrest. On June 26, 2010, she met with "Roman," an undercover FBI agent, masquerading as an officer of the Russian intelligence service. He then assigned her a task that "illegals" are trained to do: to surreptitiously deliver a bogus passport to a putative Russian secret agent (who was actually another FBI undercover agent.) But instead of carrying out her assignment. she called her control officer in Moscow who instructed her to immediately turn in the fake passport to the nearest police station and report the fake Russian spy. This move effectively ended the cat and mouse game between Moscow Center and FBI counterespionage. When called by the police, the FBI arrested Chapman and 9 other Russian illegal agents, and then, after making a deal with Moscow, released them in Vienna in exchange for 4 Russian prisoners, three of whom had been for allegedly working for the CIA and British intelligence.While the 10 "illegals" were part of the Russian espionage apparatus in America, they were not spies, at least not in the sense that they stole secrets. Whereas their cover was sufficient for them to blend into American society, rent apartments, join Facebook, and get ordinary jobs , it was far too shallow to withstand the sort of security investigation necessary to get access to classified information. Indeed, if asked, these "illegals" could not even furnish their high school records. But they did not need a deeper cover to perform the courier work done by an "illegal": picking up data from a spy who has penetrated the US government– such as, for example, Aldrich Ames, Harold James Nicholson, Robert Hanssen and Earl Pitts-- and delivering it to a Russian case officer. For this basic mission, the "illegal" needs to be able to surreptitiously service a dead drop, make a so-called "brush pass," or make a delivery– as Anna Chapman was supposed to do with the bogus passport. Unlike a "legal"Russian diplomat in America, who is under 24/7 FBI surveillance, an "illegal," who only may be called upon once every few years to go somewhere, provides a relatively safe means of servicing a mole so long as the FBI is unaware of his or her existence.In this decade-long case, however, the FBI identified these 10 illegals via a source in Moscow soon after they began arriving in America in the 1990s, and had each of them under full surveillance. The fact that none of them ever led their FBI tails to a mole suggests that Moscow Center was not totally blind to its operation. After all, up until November 2000, the Russian intelligence service had its mole Robert Hanssen strategically placed in FBI counterintelligence. Sp it might have learned from him (or other sources) about the FBI surveillance.The criminal complaint filed in federal court against these 10 illegals shows just how transparent this spy game had become to both sides. The FBI gratuitously reveals that it had decrypted the Russian code used by Moscow Center to communicate with these illegals. Under most circumstances, security services such as the FBI go to extraordinary lengths to keep secret their sources and methods, especially communication intelligence that allow them to read adversaries' coded messages. It is even claimed that in World War II, the British city of Coventry was not alerted to an impeding German bombing raid because, according to Group Captain Frederick W. Winterbotham in his book The Ultra Secret, British intelligence feared that issuing such a warning could reveal to Germany that it had broken its cipher. Certainly, the FBI would only reveal that it had decrypted the Russian cipher if it had fully established that Russian intelligence already was aware that it had cracked its code and was reading itd messages. But this meant Moscow would likely use it to send messages to an FBI audience. Consider, for example, the mission statement it sent to its agent "Richard Murphy" in the final stages of the game in 2009 and which the FBI duly decrypted. It informed its audience which included the FBI: "You were sent to USA for long-term service trip. Your education, bank accounts, car, house etc. all these serve one goal: fulfill your main mission, i.e. to search and develop ties in policy making circles in US." What made this mission statement exceedingly odd was that the recipient had been operating in America for more than a decade and would not need to be told again at this late date over a compromised channel the nature of his mission. So its purpose may have been to divert the FBI focus away from the possibility that their mission was to service a mole.Whatever their actual mission, they were part of an ongoing Russian espionage enterprise in America. Though the arrests were largely treated by the media as some bizarre throwback to the Cold War, they show that the Russia intelligence has been expending resources over the past 20 years to install the plumbing necessary to service penetration agents and other sources. This raises the question: Why does Russia continue to spy on America after the end of the Cold War?The short answer is that the spy war never ended. The CIA still has a division dedicated to recruiting and managing moles inside the Russian government. And the Russian intelligence service, though it may have changed its name from the KGB to the SVI or FSB, continues to recruit its own moles such as Ames and Hanssen at the heart of American intelligence. Nor can either side stop without leaving itself vulnerable to undetected penetrations. The Game of Nations is thus self-perpetuating.