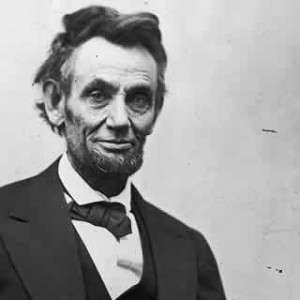 Today is the 148th anniversary of the death of Abraham Lincoln. As all the world knows by now, he was assassinated by the actor John Wilkes Booth, who was shot to death by federal troops Since then Booth has in the popular mind become the template for the crazed lone assassin. In fact, Booth was not the only assassin at work that night. Only a few minutes after Lincoln was shot at Ford’s theater, Lewis Powell, and David Herold, arrived at the home of Secretary of State William Seward, who was in line after the Vice President to succeed Lincoln. Powell stabbed Seward (although he survived the assassination attempt.) Meanwhile, another would-be assassin, George Atzerodt, stalked Vice President Andrew Johnson with a loaded pistol, but failed to carry out the attack. These was a connection between these men: they had all been co-conspirators with Booth in a previous plot to waylay and abduct President Lincoln,

When Johnson succeeded Lincoln on April 15th as president, he had information that these assassins were part of a plot to decapitate the U.S. government, saying that there was “evidence in the Bureau of Military Justice that the atrocious murder of the late President, and the attempted assassination of the Hon. William H. Seward, Secretary of State, were incited, concerted and procured,” by Confederate leaders. To investigate the extent of the alleged conspiracy, he set up a Military Commission (similar to the Commissions President Obama plans to use to try the 911 conspirators.)

The Military Commission found that there was a conspiracy involving Booth, Powell, Herold, Atzerodt, and the latter three were executed, and warrants were issued for top officials of the Confederacy who had fled the country.

So Booth, though a lone gunman, was not a lone conspirator. How high up did the decapitation conspiracy go?  In 1864, the Confederate Congress allocated five million dollars to finance covert actions by its secret service based in Canada. These operations included a plan to blow up the White House and one, which involved Booth, Powell, Herold, and Atzerodt to kidnap Lincoln. Further, the Military Commission found is a ciphered letter sent to Booth on October 13, 1864, asking whether Booth’s “friends would be set to work as directed,” but, it did not identify the task. So we do not know if Booth was authorized to upgrade the kidnap plot to an assassination plot, or if he recast on his own volition.

Historic research over the decades has provided intriguing clues, such as cash withdrawals from a Montreal bank account just prior to the assassination, but not conclusive proof of the involvement of Confederate intelligence officers. What is clear is that the assassination of Lincoln and attempts to assassinate Seward and Johnson, were part of a decapitation plot aimed at creating chaos in Washington D.C.

Please tune in to my video chat on the Booth conspiracy at 5 PM, Tuesday. April 16. You can participate in the Q&A via the incredible Shindig platform
Posted by Edward Jay Epstein at 9:04 PM