What Did Castro Know-- and When Did He Know It 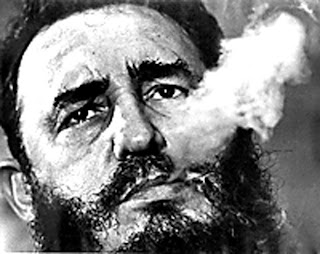 In 1976 Thomas Mann, who had been the U.S. ambassador to Mexico in 1963, told me that he believed that there was “an indictable case” that Castro had been involved in the Kennedy assassination, but when he continued reporting this view in cables to the State Department, he was fired. Now there is a new book by Brian Latell, the CIA’s former national intelligence officer for Latin America, that again raises the question: What did Castro know — and when did he know it — about the Kennedy assassination?

Prior to this book, here is what has been established. On November 22, 1963, there were actually two jackals on the prowl: one in Dallas, Texas, the other in Paris, France.
In Dallas that day, Lee Harvey Oswald, who previously had attempted to assassinate General Edwin Walker, was working under a false name at the Texas Book Depository, which overlooked the route that President John F. Kennedy would take that day. Oswald had arrived at work that morning with a package that, as the FBI lab would later establish, contained his rifle.
Less than two months earlier, Oswald, under his real identity, had gone to the Cuban Embassy in Mexico City and met with Cuban officials. Even though the Cuban government did not then grant visas to individual American citizens who were not sponsored by government organizations, on October 15 his application was processed in Havana. On October 18, the Cuban foreign ministry notified the embassy in Mexico that it could issue Oswald a visa if he also obtained a Russian entry visa, so an exception was made in his case.

The jackal in Paris was Major Rolando Rubella who, as a close associate of Fidel Castro, was allowed to travel abroad for the Cuban government. What Castro supposedly did not know was that Cubela had been recruited by the CIA and given the code name AMLASH. His CIA mission would be to assassinate Castro. During the Collegiate Games in Porto Alegre, Brazil, that took place from September 5-8, 1963, he met with CIA case officer Nestor Sanchez and tentatively agreed to this mission. Although he had asked to meet with Attorney General Robert Kennedy, the best the CIA could do was arrange a meeting in a safe house in Paris on October 29, 1963, with Desmond Fitzgerald, a high-ranking CIA officer, who identified himself as the personal representative of Robert Kennedy.

At this point, the jackal asked Fitzgerald to supply him with a high-powered rifle with telescopic sights that could be used to kill Castro from a distance and to insert an agreed-upon phrase in a speech President Kennedy would give in Miami. The phrase was inserted, thus confirming that the CIA had the backing of the President.
The next meeting took place in Paris on November 22 at the time that JFK’s motorcade was moving past the Texas Book Depository. Instead of the requested rifle, the CIA offered Cubela a poison pen with a concealed syringe. In the midst of the meeting, the news arrived that Kennedy had been shot. Cubela returned to Cuba but never carried out the assassination assignment.

The burning issue for the CIA was whether Castro learned about this plot. It knew that Castro had intentionally revealed he knew about CIA support for an operation to eliminate him on September 7, 1963. It also knew that was the very day that the CIA was meeting with its jackal in Brazil.
Even more ominously, Castro chose a diplomatic reception at the Brazilian Embassy, which was Brazilian territory. At the reception, he went directly over to the US correspondent for the Associate Press, Daniel Harker, and told him, in an on-the-record interview, that “United States leaders should think that if they are aiding terrorist plans to eliminate Cuban leaders, they themselves will not be safe.”

The timing and Brazilian connection were enough to convince James Jesus Angleton, the CIA’s legendary counterintelligence chief, that the Cubela operation was “insecure.” He warned Cubela’s handlers that the fact that Cubela had refused the CIA request to take a lie detector examination made him suspect and recommended, without success, that the operation be ended.
The question of whether Cubela was a double agent persisted for three decades and was only answered when Miguel Mir, who served in Castro’s security office from 1986 to 1992, defected. He told the CIA that he had personally reviewed Cubela’s file, and it showed that Cubela was working as a double agent under the control of Cuban intelligence from the time when he allowed himself to be recruited in Brazil.
His real mission was to ascertain whether President Kennedy was behind the CIA plots — hence his request to meet with his brother and have words scripted by Cuban intelligence put in JFK’s Miami speech. If so, Castro knew 1) CIA officers in Brazil were recruiting an assassin to kill him 2) the CIA was prepared to deliver an exotic assassination weapon, and 3) the CIA was supported by President Kennedy.

What Castro knew about Lee Harvey Oswald is less clear. During his stay in Mexico City between September 27 and October 2, 1963, Oswald made at least two visits to the Cuban Embassy. To convince the Cubans of his bona fides — and seriousness — he had prepared a 10-page dossier on himself, according to the testimony of his wife, Marina. This resume included photographs he had taken of General Walker’s home just prior to Oswald’s attempt to assassinate him with a high-powered rifle. So the Cubans could have known that Oswald was a potential assassin with a high-powered rifle.
When the Cuban Consul argued with him over the requisites he would need for a Cuban visa, Oswald reportedly made claims about services he might perform for the Cuban cause. According to the 2009 book Brothers in Arms: The Kennedys, the Castros, and the Politics of Murder, by Gus Russo and Stephen Molton, Oswald then met with at least one Cuban intelligence officer outside the embassy. Whatever was said in or outside the embassy, Oswald’s file, presumably containing this information, was sent to Havana in support of his application, which was conditionally granted.
Five months after the assassination, Castro told Jack Childs, a courier for the Communist Party USA, that Oswald had shouted in the Cuban Embassy in Mexico that he was going to kill Kennedy. Unknown to Castro, Childs was working as an informant for the FBI and duly reported his conversation with Castro to US intelligence.

While Castro’s statement coincided with what other witnesses in the embassy claimed to have overheard, it was not evidence Castro had prior knowledge. He could have been briefed on Oswald’s file after the assassination. But if this threat was in Oswald’s file, why was Oswald’s visa approved?

Brian Latell now addresses this question in Castro’s Secrets: The CIA and Cuba’s Intelligence Machine. He reveals that Florentino Aspillaga, who defected from Cuban intelligence in 1987, and whom he interviewed, told the CIA that just hours before Kennedy was assassinated on November 22, 1963, he had received an extraordinary order from the high command of Cuban intelligence when he was in charge of the communications unit located near Castro’s compound.
Up until then, his unit had focused its antennae on Miami to monitor clandestine radio transmissions from anti-Castro groups. But now he was instructed to redirect all his antennae to Texas and report immediately any transmissions of interest. He assumed from his conversations with his superiors that they had been desperately seeking a transmission from Texas. Latell deduces from this shift that Cuban intelligence had prior knowledge of the Kennedy assassination.
Such a conclusion, however, requires a leap about the purpose of the shift. It is possible that it was not related to Oswald or the Kennedy assassination. Cuban intelligence may merely have been awaiting a burst transmission from an asset in Texas who had no connection with Oswald. Until we have further information about the activities of Cuban intelligence on November 22, 1963, the antennae shift, along with the visa approval, will remain a central part of the mystery

Posted by Edward Jay Epstein at 8:28 AM