Send In The Aliens 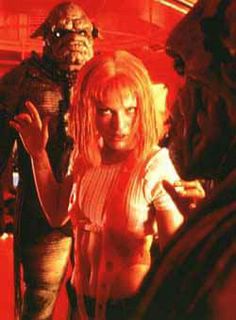 Furthering the Midas formula for New Hollywood, Twentieth Century Fox arranged in 1996 for the then governor of Nevada, Bob Miller, to dedicate Nevada’s Highway 375 as an "Extraterrestrial Highway" on which aliens would be granted safe haven when they landed their UFOs. The studio then unveiled a beacon on it near the town of Rachel, Nevada. This monument, according to the Fox news release, pointed to "Area 51"–where the U.S. military operates "a top secret alien study project." In fact, there is no such military base or "Area 51", but Fox assumed it had license to stretch the boundaries of reality for the opening of Independence Day– a Fox movie that, not unlike the news release, depicted "Area 51" as the U.S. government base for alien spacecraft. So while its beacon had only problematic navigational utility to any visitors from alien heavens searching for "Area 51," it had great value in luring entertainment journalists by the busload along the now official Extraterrestrial Highway to the putative periphery of the non-existing "Area 51." These investigative junkets (helped along with the usual studio-provided terrestrial gift bags) resulted in hundreds of news stories about the alien sanctuary.

The reason that Fox went to such lengths to establish Area 51 is that the mining of the paranoid fantasy about government machination to conceal space invaders from the public produces gold in the form of licensing rights for the New Hollywood. Steven Spielberg deserves much credit for developing the mother lode of this El Dorado. In his enormously-successful Close Encounters of the Third Kind (1977), the US government is so deeply involved in concealing the alien abductions that it stages a fake nerve-gas attack to hide its transactions with extraterrestrials. The deception pays off when, in an inspired ending, the aliens exchange the humans they have been abducting for experimental purposes for a busload of American astronauts. Spielberg expanded on the theme with E.T.: The Extra-Terrestrial (1982), which not only broke box-office records around the world, but opened up the universe of merchandise licensing which heretofore largely been the preserve of Disney. He also produced the franchise, Men in Black (in which the government not only shelters ETs but systematically erases the memories of civilians exposed to alien visitors) and the miniseries Taken about alien abductions (its tag line: "Some secrets we keep. Some are kept from us.")

These Spielbergesque fantasies neatly fit the requisite in New Hollywood for movies that could serve as launching pads for the raft of other products– including videos, games, toys, TV spinoffs and rides– that now kept it afloat. So others followed suit. Fox, for example, used The X-Files television series to help establish the Fox network.

Ironically, in promoting a view of governments as paternalistic institutions that create elaborate illusions to shield citizens from developments with which they cannot cope, studios may be extrapolating from the strategies they themselves use to dupe the public. What else is the Extraterrestrial Highway but a brilliant con job? The political logic of Hollywood may seem other-worldly, but, as The Big Picture explains, there is a decided method in its madness .

Posted by Edward Jay Epstein at 9:18 AM