Flight From Reality-- To Seoul 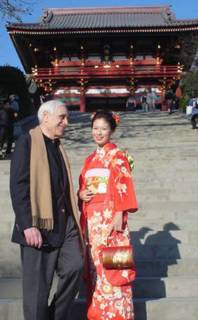 The big news in Seoul today is the launch of FreeStyle, the first of a new generation of role-playing games that have become a national craze in South Korea. Thousand of role-playing Koreans may play on a single team via a computer network. The fantasy combat can take the form of anything from hip hop basketball (as Freestyle does) to inter-galactical space probes (as CR Space does). After paying a subscription fee to join a team, an individual chooses a role– for example, a basketball guard with a hook shot in Freestyle or a ninja cosmonaut with a ray gun in CR Space-- and then customizes his on-line persona by selecting his costume, accessories, hair style, tattoos and, in the newer games, facial features. He often spends a great deal of time perfecting his computer-skills for that particular role. Indeed, some role-players become good enough to go professional, charging teams for their specialized services, (such as a hook shots or sword slices) As a result of this frenzied pastime, many Koreans have dual lives. For example, by day a guy might be as computer program for Samsung but by night (on his computer console) he might be a world class space assassin.
This penchant for role-playing may assume a more sinister form in South Korean politics, according to Dong-Bok Lee. DB himself is a serious man with equally serious credentials– former Director-General of the North-South Dialogue, Special Assistant to the Prime Minister, and Special Assistant to the Director of the National Security Planning Agency. He has become increasingly apprehensive about corruption games being played at the highest levels of the South Korean government. One example he cites during our breakfast at the Shilla Hotel involved ex-President Kim Dae-jung. DB explained how Kim had successfully used the South Korean national intelligence service to bribe the Norwegian Nobel Committee into awarding him the 2002 Nobel Peace Prize for his summit meeting with North Korea dictator Kim Jung II. Kim prepared this coup in June 2000 by secretly having $400 million of government funds funneled into North Korea to get Kim Jung II to agree to stage a summit meeting. The Hyundai executive who diverted part of the money from a loan from the state-run Korean Development Bank committed suicide when the diversion was revealed.
According to DB, Kim then had governmemt agents bribe, or otherwise compromise, enough Norwegian parliamentarians to get him the Peace prize.
I was not surprised by this claim that the Nobel Peace Prize could be bought. While researching my book on Armand Hammer, I had been told by Hammer’s close associate John Tigrett that Hammer had spent over $20 million in cash in the 1980s to buy the Nobel prize. Hammer was nominated for it in 1988 but he evidently had not paid off enough parliamentarians: he lost out by a few votes to a living god, the 14th Dali Lama of Tibet.
Later that afternoon I meet Iris Moon at Starbucks-- a popular dating venue in downtown Seoul. She is a highly perceptive cultural reporter for the Korea Herald, who asks me all the right questions about the movie business. This is my first interview about my new book, The Big Picture.-- and Seoul is about a good a place as any to begin the process.