Quivering On The Edge Of The Digital Abyss 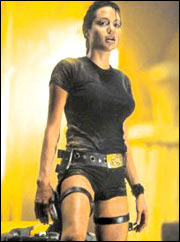