Who Burned Down The Reichstag-- And Brought Hitler To Power 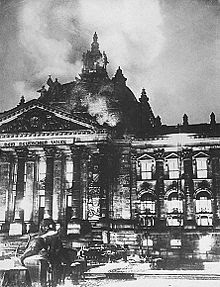