Is The car Czar Due For a Recall? 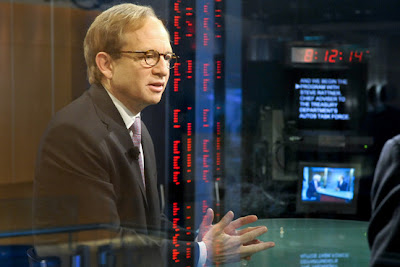 On March 29th 2009, Steven Rattner, President Obama’s newly-appointed car czar, met with Rick Wagoner, the chairman of General Motors, in Rattner’s new office in the Treasury Department, and in one of the most dramatic confrontations of the Obama administration in its first 100 days told him he would have to resign because he had lost the confidence of the Obama Administration. Wagoner, a 30-year veteran of GM, fell on his sword. Now, Less than a month after disposing of Wagoner, Rattner may confront a similar decision about his own tenure.
Up until leaving Wall Street for Washington in, Rattner, a 56-year-old former New York Times reporter, had a golden career in investment banking, working first at Morgan Stanley, then becoming a senior partner at Lazard Freres, and finally, in 2000, co-founding his own firm, Quadrangle Group, which specializes in raising money for leveraged buy-outs in the communications industry. The largest source of money for such buy-out funds was pension funds, which collectively manage about $2.3 trillion, and so he actively recruited money from state and municipal pension funds.
What brought Rattner into the investigative cross-hairs was that he had employed Henry "Hank" Morris, a top advisor for then-New York State Comptroller Alan Hevesi, to act as its placement agen. In March 2009, Morris was arrested and charged in a 123-count criminal indictment for, among other things, "enterprise corruption" and "money laundering" in regard to selling access to the New York State Common Retirement Fund. Quadrangle had received $100 million from this pension fund just after paying Morris’s firm a placement fee. It also paid Morris for his help in getting money from the Los Angeles pension fund, the New York City pension fund and the New Mexico pension fund.
It is perfectly legal in these states for a private equity fund to pay fees to placement agents for this service so long as it discloses them. Such disclosures are necessary to identify possible conflicts of interest. Rattner presumably was familiar with these requirements since he had himself worked as a placement agent while at Lazard Frere. However, in garnering investments from the Los Angeles and New York City pension funds, Rattner’s firm reportedly failed to disclose the placement fees that went to Hank Morris. In the case of the Los Angeles pension fund, Quadrangle identified two other placement agents it used, but not Morris’ firm. One of the key issues New York’s attorney general is now investigating is whether the New York City Pension Fund was "intentionally misled or deceived" in 2005 by Quadrangle’s failure to disclose paying finder's fees to Hank Morris’s firm.
Further increasing Rattner’s exposure to the so-called pay For play scandal, the New York attorney general’s office is also investigating whether Quadrangle might have evaded crucial reporting requirements with New York State Common Retirement Fund in 2005 by having its subsidiary buy DVD rights to movie that was co-produced by David Loglisci, New York’s deputy comptroller. Loglisci, a close associate of Morris, was also indicted with Morris on corruption charges. The low budget movie entitled "Chooch," an Italian expression for a bumbling idiot, had failed at the box-office, taking in less than $40,000, before Quadrangle bought the DVD rights for $88,000. According to a studio executive who deals with DVD distribution, the DVD rights to a movie like "Chooch" would be worth "zilch" since it would "cost more to manufacture the DVDs than a distributer could realistically hope to make from their sales." So was there another benefit to investing in Chooch? About three weeks after buying these DVD rights, Quadrangle got its $100 million from the New York State Common Retirement Fund for which Loglisci was the top investment officer. Adding to the intrigue, a top executive of the CarlyleRiverstone Fund, a joint venture of the Carlyle Group, which also used Morris’ firm to get money from the New York State pension fund, made a similar investment in Loglisci’s "Chooch." Among the charges against Loglisci (as well as Morris) is "money laundering."
To be sure, Rattner himself may be innocent of any wrong doing in making payments to Morris’ placement agent company and having a subsidiary invest in Loglisci’s "Chooch" venture. But with SEC ans New York Attorney General Andrew Cuomo investigating these charges, with law officers in California, New Jersey, and New Mexico preparing their own investigations, and Morris and Loglisci due to go on trial in New York, Rattner needs to weigh whether, like Caesar’s wife, the car czar needs to be above suspicion. If so, just as he had the courage to ask Wagoner to retire for the good of General Motors, he might be prompted to consider the same course of action for himself.
Posted by Edward Jay Epstein at 4:37 PM