Ten Things We Don't Know About The Death of Litvinenko 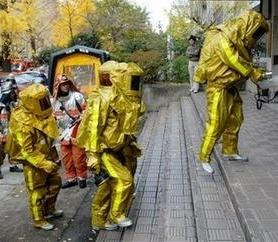 1. We don’t where the Polonium 210 found in Alexander Litvinenko’s body came from.
Russia produces Polonium 210 for export to the US, but it is not the only state with the capability to produce it. Polonium 210 can be produced by any country with a nuclear reactor that is not subject to IAEA inspections. All that is required is the metal bismuth, which is readily available, and a nuclear reactor. In 2006, there were at least nine nuclear weapon states that had nuclear reactors not inspected by the IAEA, including China, Israel, Pakistan, India, and North Korea. ( Polonium 210 has been found in Iran in 2005)
2. We don’t know how the Polonium 210 got to London.
British authorities categorically deny that Polonium 210is produced in any reactor in that country. If so, it was smuggled into England from its country of origin. But no container for it was ever found.
3. We don’t know when the Polonium 210 was manufactured.
Polonium 210 half-life is about 134 days. During that brief period, half of it decays into daughter elements. So the date it was produced can be determined if the quantity of all the daughter elements is compared to that of the remaining Polonium 210. If the daughter elements are missing, which often happens outside the pristine conditions of a lab, the Polonium 210 cannot be dated. In the case of the radioactive corpse, the possible crime scenes were so compromised by weeks of repeated cleaning, vacuuming, and foot traffic that the traces found of Polonium 210 cannot be dated. The same is true of the Polonium 210 found in the corpse itself in the autopsy, since an unknown amount of the daughter elements would have been unable to get through the intestinal wall and would be expelled from the body.
4. We don’t know why the Polonium 210 was smuggled into England
Neither Litvinenko or any of the other men contaminated by the Polonium 210 admitted to having any knowledge of Polonium 210. Litvinenko believed he was poisoned by Thallium.
5. We don’t know when Litvinenko and his associates were first contaminated.
Traces of Polonium 210 was found in offices that Litvinenko and his two Russian associates, Lugovoy and Kovtun, had last visited on October 17th. But, since the Polonium 210 itself cannot be dates, the contamination could have been earlier.
6. We don’t know who contaminated who.
We know that four men were hospitalized with Polonium 210 in their bodies, Litvinenko, Scaramella, Lugovoy, and Kovtun. Scaramella could not have been the source of the cross-contamination since he arrived in London on the evening of October 31 and met only with Litvinenko. So he could not have contaminated (or been contaminated) by Lugovoy or Kovtun. But Litvinenko, Lugovoy, and Kovtun all met in offices that were contaminated by Polonium 210 on October 17th, so any of them– or anyone else present at that meeting or who visited those offices– could have been the proximate source of the cross-contamination.
7. We don’t know how anyone was contaminated?
Polonium 210 can be spread, as the Israeli investigation of a 1960s leak determined, by clothing fibers, dust, shoes, or even by shaking hands. In the case of the London Polonium cases, it remains a mystery how minute particles spread to the four men hospitalized.
8. We don’t know if the Polonium 210 was released by design or accident.
All the known Polonium 210 deaths in France, Israel, and Russia prior to the radioactive corpse in London resulted from an accidental leak. In the London case, since there were no witnesses to anyone deliberately poisoning Litvinenko and no since no aerosol sprayer, dispenser or other delivery device was found, the is no evidence that the contamination was intended.
9. We don’t know the findings of the autopsy examination .
The British authorities have not released these findings. So we don’t the amount of Polonium 210 found in Litvinenko’s body or the sites.
10. We don’t know the findings of the Coroner .
The British authorities have not released the Coroner’s Report, if it was completed. So there is no official cause of death.
Posted by Edward Jay Epstein at 10:21 AM