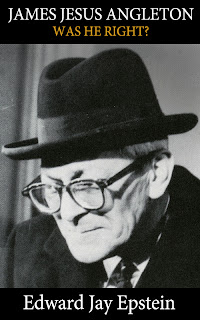 In his newly published memoir, Dick Cheney provides such an intriguing coda to his service on the House Intelligence Committee that it could been the opening of a Le Carre novel. He writes that in May 1987 James Jesus Angleton, the former head of CIA counterintelligence, requested an urgent meeting with him to reveal to him something of “vital importance.” He immediately scheduled it but, just days before it was to take place, Angleton died, taking the unconveyed message to the grave with him. At the time, the general consensus in the intelligence community was that Angleton was paranoid about the KGB. His hunt for a mole, which had partly paralyzed the CIA had failed, and when he was fired from the CIA in 1975, CIA director William Colby called his obsession that the CIA could be penetrated by the KGB “sick think.” His idea that the KGB could plant and then sustain a mole in the CIA or FBI had not been substantiated by any evidence in 1975, and his idea that the CIA could be manipulated into cooperating in its own deception seemed totally out of touch with reality,

Yet, as it turned out after his death, he was not as far out of touch with reality as his critics inside the CIA.

First, the discovery of KGB moles Aldrich Ames, Harold Nicholson, and Robert Hanssen showed that the KGB had the capability to penetrate both the CIA and FBI.

Second, the fact that, despite lie detector tests, surveillance, and other counterespionage measures, Ames and Hanssen went undetected for more than a decade– Hanssen worked for the KGB over a period of 22 years– showed that the KGB had the ability to protect and advance their moles. ( Ames headed the CIA's Soviet Russia Division’s counterintelligence unit, Hanssen worked in the FBI’s anti- KGB operations.)

Third, the CIA Inspector General’s finding in 1995 found that in the 1980s and early 1990s the KGB had dispatched at least a half-dozen double agents who provided the CIA with disinformation cooked up in Moscow and that for eight years this disinformation had been passed in blue-striped reports signed personally by the CIA director to three Presidents even thought “senior CIA officers responsible for these reports had known that some of their sources were controlled by Russian intelligence” showed that the CIA would not necessarily expose KGB deception. So Angleton was right on all three scores.

My new book provides the details: James Jesus Angleton: Was He Right?
Posted by Edward Jay Epstein at 2:45 PM