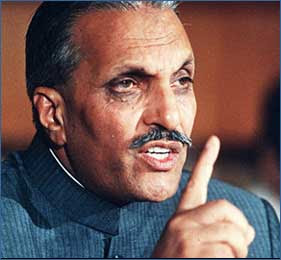 On August 17, 1988, at 3:58 PM, Pak One, an American built Hercules C-130b transport plane,
carrying its VIP capsule the President of Pakistan, General Zia-ul-Haq, most of his top generals,as well as two American guests– US Ambassador, Arnold L. Raphel and US military missionhead General Herbert Wassom– crashed to earth only 18 miles from the airport in centralPakistan from where it took off. It had been a. bright clear day, and dozens of eye witnesses could see the giant aircraft lurch up and down three times in the sky, as if were on an invisible roller coaster, and then plunge straight into the desert and explode in a fire ball. All 30 persons on board, including four crew members, were dead. Within hours, army tanks sealed off public building and television stations, signifying the change in power. Zia’s reign, which had begun with his own military coup on July 5, 1977, now had ended with his death. But even though the crash altered the face of politics in Pakistan in a way in which no simple Presidential assassination or coup d'etat could have done, its cause remains a mystery.
Former Prime Minister Benazir Bhutto, whose father he had allowed to be executed (and who
herself was assassinated in 2007,) said in the epilogue to her book, Daughter of Destiny "Zia's
death must have been an act of god". But divine intervention is not what brought the plane
down. According to the 365-page report of the forensic investigation done by six American Air
Force experts, headed by Colonel Daniel E. Sowada, no evidence of a accidental mechanical
failure or pilot error had been found. A conclusion of assassination was all but inescapable.