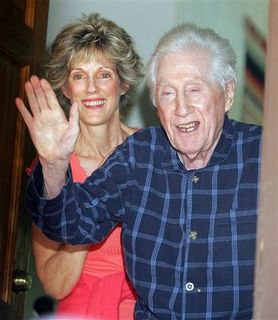 On June 1, 2005, W. Mark Felt Jr., a retired FBI official, claimed that he was "Deep Throat." Yes, Felt had been a source for Bob Woodward (and many other reporters) during the Watergate era. In my book Between Fact and Fiction-- published in 1975-- I wrote about "Deep Throat": The prosecutors at the Department of Justice now believe the mysterious source was probably Mark Felt, who was then an associate deputy director, because one statement the reporters attribute to Deep Throat could only have been made by Felt."There were similar stories in the Los Angeles Times published prior to Woodward and Bernstein's in the Washington Post, so presumably Felt had other outlets.

The traceable information that aroused the interest of the Watergate prosecutors concerned data from a few FBI 302 files that sent Woodward and Bernstein after Donald Segretti, and turned out to be, if not a wild goose chase, not relevant to the Watergate crime. The issue here was the FBI's curious role in feeding Woodward and other reporters stories on Watergate. (See my 1974 article in Commentary.) The FBI had a powerful interest in such a diversion since it had itself been guilty of a series of secret warrantless break-ins on Vietnam veterans which had been illegally ordered by Felt. (and would later result in Felt being convicted on a criminal charge of conspiracy.) The prosecutors eventually concluded that Felt provided this information to Woodward "to get rid of [FBI chief L.Patrick] Gray." Felt certainly was well versed in disinformation techniques, having begun his FBI career in 1945 with a successful disinformation operation. Woodward now confirms that the prosecutors were correct: Felt provided him information from FBI files. So we know what we knew 30 years ago.

The question at issue now is: is Felt the source described in Woodward's book as Deep Throat-- or is he merely a part of a composite character, a package called Deep Throat?

Consider, for example, Woodward and Bernstein explosive Washington Post story on November 8, 1973 about "deliberate erasures" on one of the White House tapes. In his book All The President's Men, Woodward says that in the first week of November he "moved the flower pot" on his sixth floor balcony (a signal to Deep Throat), then met Deep Throat that night in an underground garage. Deep Throat then told him that the tapes contained "gaps" that indicated it had been tampered with. So that story is sourced to Deep Throat in November 1973.

But the person who provided that information that night could not have been Felt according to records examined by Nixon's biographer Jonathan Aitken. In November 1973, only six people knew about the gaps in the tape-- Richard Nixon; Rose Mary Woods (Nixon's personal secretary); Alexander Haig (The White House chief of staff); Haig's deputy, Major General John C Bennett and two trusted Nixon White House aides, Fred Buzhardt and Steve Bull. Not only was Felt not privy to that White House secret, but he was no longer even in the FBI, having left that October.

Felt himself repeatedly denied being the source of this information for some 30 years. He states in his 1979 autobiography that he met Woodward once-- and in his FBI office-- and rejected Woodward's request for information. If so, Felt cannot be the "Deep Throat" character who met with Woodward over and over again in an underground garage. If Felt himself is truthful in his book, he can be no more than a component of the Deep Throat package.

Part of the "mystery" enjoyed by Woodward, is that there are no corroborative witnesses to any of these meetings between Woodward and Deep Throat (no more than there was a corroborative witness to Woodward's putative death bed interview with CIA Director William Casey). Not even Woodward's co-author, Carl Bernstein, was present at any of these meetings that supposedly took place in an empty underground parking garage.

Woodward never mentioned Deep Throat in any of the newspaper stories he wrote in the Washington Post between 1972 and 1974. In these stories he consistently attributes his information to multiple sources. Consider, for example, his (and Bernstein's) 1972 revelation that at least "50 people" who worked for the White House and the Nixon campaign were involved in spying and sabotage. In the Washington Post (October 10, 1972, p A1), he attributes the information to multiple "FBI reports." In 1974, in All The President's Men (p.135), he puts the exact same information in the mouth of Deep Throat, saying "You can safely say that 50 people worked for the White House and the CRP to play games and spy and sabotage and gather information."

According to Woodward's own book agent, David Obst: "In the original draft of their book, Deep Throat was not mentioned. In the second draft he suddenly appeared and it was a better book for the addition, a much more exciting one." What Woodward perhaps did not antipate is that his character would take on a life of his own-- and 30 years later be adopted by the handlers of Mr. Felt.